A downloadable game for Windows

THANKS FOR OVER 2500 DOWNLOADS

You wake up alone, and something feels a little off. You should probably have a look around.

Penthos is a story-driven exploration game set in a cozy suburban home. Complete your to-do list and inspect the details of your surroundings to find out what's going on.

Created as a student project at Macquarie University

In order to download this game you must purchase it at or above the minimum price of $1 USD. You will get access to the following files:

I included this game in my montage. Thanks again for an amazing work!

This game was a rollcoaster of emotions...Not only do you have to moments of love that come through so you can understand the human side of the character, but you also see the low and how your character tries to push through those dark times...I loved this game! I would highly recommend for how short it was and the amount of emotion that is packed into this! 😊

I did make a playthrough of the game if you’re interested in a weird ginger being...weird...IF NOT, I hope my analysis alone will help you decide that you need to try out this game! 😄

You guys got me pretty hard with this concept of a game. Struck a little close to home for me since I have a wife and son. So I can place myself in these shoes a bit...
Seriously, kudos to the developers. You did a good job.

This is a moving tale of a man that has lost the most precious thing and is therefore loosing himself. As someone who experienced grief and depression, it struck something in me and I think the devs managed to deliver a realistic portrait of what grief looks like and how it change us.

I appreciated the mix between the horror tropes and the psychosis. I think it is a nice and an honest take.

I liked the change in the character's gait when the depression sets in and the details of the plates and coffee mugs in the bedroom, then in the living room, so we better understand when he spend his time and how everything has no place anymore.
Interesting to sea an endless ocean by the windows. You could say he is really lost at sea.
Nice guitar acoustic. Peaceful. I actually closed me eyes and listened.

The game is technically well done, although the loading at the start of the game was long and almost crashed on me. Still really nice coming from a stuedent project!

The only things that throw me a little is the poor agencment of the house. I am not a interior designer but I can spot some odd things that don't make sense and break the immersion: the TV in front of the window, nothing but books in the office during the first days, the open mural lamp above the bathtub (dangerous), several oven plates and dishes in display when they are typically stored, too many repetions in the books and paintings, lit candles even though the character just woke up (dangerous), no house foundations, the windows that are just rectangles without construction and the contrast between the wild forest outside and a suburb house, not going together well. I know there is a fantastical elements because of psychosis but it's not the case at the beginning of the game.

This is a student game so I totally understand. The devs would benefit from learning construction and interior design for their future projects. It was an enjoyable experience and you can be proud of yourself for creating this game. Keep the good work, folks!

Hello, we just played through this  together (we being Daddy and 7-yrs-old dauhter) and we enjoyed it. But the giant teddy bear startled us! Gave her a good scare but we got through it and had a good time.

Daughter says: I wish you didn't add the scary teddy bear!! You've inspired me to make a game when I'm older about going through different emotions. I want the angry part to be breaking things even plastic. And sadness will be laying on the floor in the laundry room.

Daddy says: I thought it was  very powerful work of art. Depectied the stages of grief subtly well. Well done!!

Man this sweet little game got to me on a personal level. Thank you developers.

It had good environmental story telling and a clear and concise story, albeit a sad one. I had some performance issues at the end.

It was short, simple, but really hit hard.

Really lovely game and story. This got a lot more emotional than I thought!

i loved the game i especially loved the ending part

nice story,plz don't paly it just because of it's english!

This game made me so emotional during the entire time. I had an uncle, who died before I was born, by a drunk truck driver on Christmas Eve and now, I know how my grandmother felt when received the news. Thank you for making this great game.

Very nice game. The story was very emotional even if i didn't show it.

A swift punch to the feels. 11/10 would hold my emotions in again.

left me very upset, my partners youngest son died in a car crash, in which he was driving, this game has really shown me, how he feels, wanting to end things, but keeps on fighting, keeps on living for the ones he loves. thanks for opening my eyes to the pain of losing  a child and a member of the family. seeing the photo of the little girl and her dad made me want to cry.

A very powerful message sent by this game, awesome job! P.S. I almost cried at the end.

This game appeals to me very much and i have a question to ask.

When did the accident happen?Before chapter 1 or after chapter 1.

Before. It was written in the newspaper about it

i am very touched by the subject of the game, good job

Pretty good game got really emotional there at the end. I think if there had been somthing like flash backs or something to get to know the family a bit from the start would have been better. Its not bad but it felt a little bit light on anything meaningful for most of the game except for the end. I don't want to sound mean because I liked this game.  However these are just my thoughts.

Thanks for the feedback!!

I really enjoyed playing it.

It makes you feel like you are actually experiencing the game.

I suggest playing it.

This game was so good! I enjoy how we go through the stages of grief so eloquently and the atmosphere and style are immersive. You guys really made a great game!

Thanks! Glad you liked it :)

Absolutely beautiful game, it nearly made me cry. I have a family of my own so this hit really close to home. I absolutely loved it! I really enjoy games that make you feel something and this was art! I can't wait to see what you do next.

Thanks so much! We're glad you enjoyed it :)

I really like this game it has a really well done story and the graphics are nice and i enjoyed playing it. If you would like to see my play through here it is 😉

enjoy 😉
Reply
Group B1 year ago

The way you depicted the feeling of isolation was incredible. Keep making games.

EDIT: Also, forgot to mention the way you introduced us to the family. Most of the time, stuff like that is done through diary entries or something like that, but having family photos really made it hurt a little more.

Thanks for the feedback!! It means a lot to us :)

I liked it came in not sure what to expect other than it was kind of sad.  Enjoyed myself, choked up a little at the end.

To get ready for the upcoming livestreams we're taking a look at Penthos. An exploration game where we try to find out what exactly happened in this house!

Thanks for streaming our game!

This was a simple game with an amazing story behind it. I wish all of you guys good luck on your studies!

Thanks so much! We're glad you liked the story :)

This game really surprised me! I went in with no knowledge as to where this game was going to go. An emotional roller-coaster for sure! My heart goes out to anyone who has lost someone they care about. Awesome work on this game!

Thanks for playing! We loved watching your video :)

Reply
JayPlaysOfficial1 year ago(+1)
this game was beautifully made! i must admit, the end nearly gave me tears! great job on making this game! :) incredible
Reply
Group B1 year ago(+1)

Thanks for playing! We're glad the story resonated with you :)

I'd say that this game is right up there with "That Dragon, Cancer". I evokes the same emotions and has a very similar art style and storytelling.  It was a great story and full of emotions. I could fell the character`s conflict, loss and anguish.

I was sad and happy at the same time at the end of the game, more like experience as this is not merely a "game".

Well done Group B and I look forward to your next story!

Thank you so much! That is incredibly high praise. Glad to hear that the story resonated with you.

I love the story here. Very well done. The sound effects are on point! The big teddy bear startled me.

Thank you!! We're so glad you liked the story.

We definitely scared ourselves with the teddy bear a few times in development haha.

You all did a very good job. I aspire to be part of a team like this in the future. I'd love to see a breakdown of the game, who had what role, what did the development cycle and versioning look like, future expansion, any planned improvements, and so on. Excellent work. The story was well thought out and communicated well in a short amount of time.

Honestly one of the most powerful games I have ever played. It really was an emotional rollercoaster. Thanks for making this beautiful game.

That really means a lot. We're glad you enjoyed it, thanks for playing! 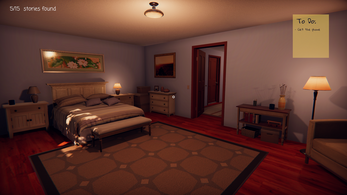 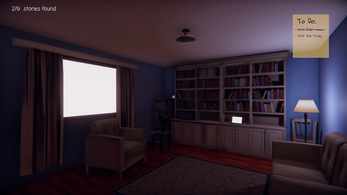 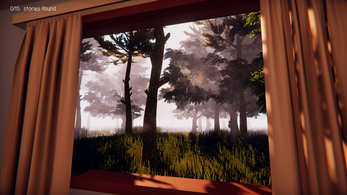 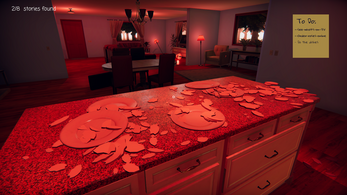 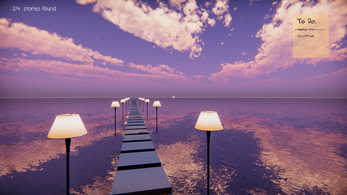